It is a classic expression of the Straw Man Argument to assert that "God is not a Republican," since no Republican has ever had the temerity to assert such a thing. Indeed, our marching orders come from our founder, America's first-ever Republican President, one Abraham Lincoln, who, when asked if God was on his side, corrected the premise by answering: 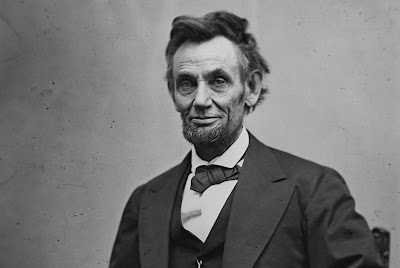 "My concern is not whether God is on our side; my greatest concern is to be on God's side, for God is always right." Whatsoever is right, indeed.

ABORTION. "Thou hast covered me in my mother's womb. I will praise thee; for I am fearfully and wonderfully made: marvellous are thy works; and that my soul knoweth right well. My substance was not hid from thee, when I was made in secret." For many Republicans the issue of abortion is our litmus test for being on God's side. Both the Old and New Testaments strongly warn against harming little ones, and explicitly describe personhood within the womb. When elected Democrats go so far as to endorse abortion-after-birth, as the Governor of Virginia has recently done, it becomes pretty easy to identify which party is not on God's side.

ISRAEL. "And I will bless them that bless thee, and curse him that curseth thee." God promised Abraham that through his offspring, the entire world would be blessed. Our current Republican President strongly seeks to bless Israel, in sharp contrast to the previous Democrat in the Oval Office.

BORDERS. God "hath made of one blood all nations of men for to dwell on all the face of the earth, and hath determined the times before appointed, and the bounds of their habitation." Borders are a big deal in scripture; Republicans respect and secure them. Today's Democrats are seeking to dissolve borders.

TAXES. "The former governors that had been before me were chargeable unto the people, and had taken of them bread and wine, beside forty shekels of silver; yea, even their servants bare rule over the people." Taxes, like death, are inevitable. But they must not be oppressive, and disproportionality is decried as unjust in scripture. In Jesus' time, there was nobody esteemed lower than a tax-collector—because they were self-serving extortionists. Republicans favor lower taxes, and smaller, less-intrusive government. Democrats will force you to buy whatever they decide you ought to buy (ie: health insurance), and tax you if you don't buy it. Democrats are widely known to be the party of high taxes and big, intrusive government.

And many other infractions truly did Democrats in the presence of all Americans, which are not written in this blog: infringing upon religious liberty (ie: Christian bakers, florists, videographers); attacking the institution of marriage (ie: Obergfel); oppressing children with gender confusion; and many other malign efforts which, if not explicitly anti-Christian, are certainly contrary to Americans' love of ordered liberty.

Some Democrats complain that Republicans are "against the poor," by which they mean we reject higher taxes so gov't can parse it out to maintain victimhood, and buy votes. I've written about this misappropriation of Jesus' Olivet Discourse HERE.

But these four main issues are written that ye might believe elected Republicans generally strive to be on God's side, while elected Democrats generally do not.

Wayne Zeitner
I am an evangelical Christian who married my Edmonton high-school sweetheart in 1977. We have two beautiful grown daughters. In 1992 I realized I was conservative, from '94-2001 was studying and by 2002 I was fully engaged. Then in January 2010 my wife and I became U.S. citizens...having lived in America since 1975 (interrupted from 1985-1990).